How To Keep White Shoes Clean

White shoes are often seen as a very stylish choice of footwear, but they can also be incredibly hard to keep clean: white is one of the most vulnerable colors when it comes to any kind of stains or dirt, and it’s almost impossible to hide discolorations, especially on fabric that can’t be easily polished and washed. Regardless of whether they’re white sneakers, sandals, formal shoes, or even large walking boots, you’ll need to work extra hard to ensure that your white shoes look clean and dirt-free after each walk.

We at ShoeAdviser have put together this simple guide on a few ways that you can keep your white shoes protected and/or clean without having to spend hours hand-washing them every week. If you’re struggling to deal with your shoes becoming consistently dirty, this might be the article that solves your problem for good.

Cleaning them by Hand

While it’s not very efficient, cleaning shoes by hand is one of the quickest and most accessible ways to get rid of stains and unwanted dirty patches. As long as you have some water on hand (even from a natural stream or puddle), you’ll be able to rub off most minor types of dirt with nothing more than a tissue or handkerchief, or even just your own sleeve. It’s simple, easy to do and can get rid of most common dirt as long as you don’t give it time to try and stick on, so it’s a good idea to carry at least one disposable or re-usable cloth just in case. 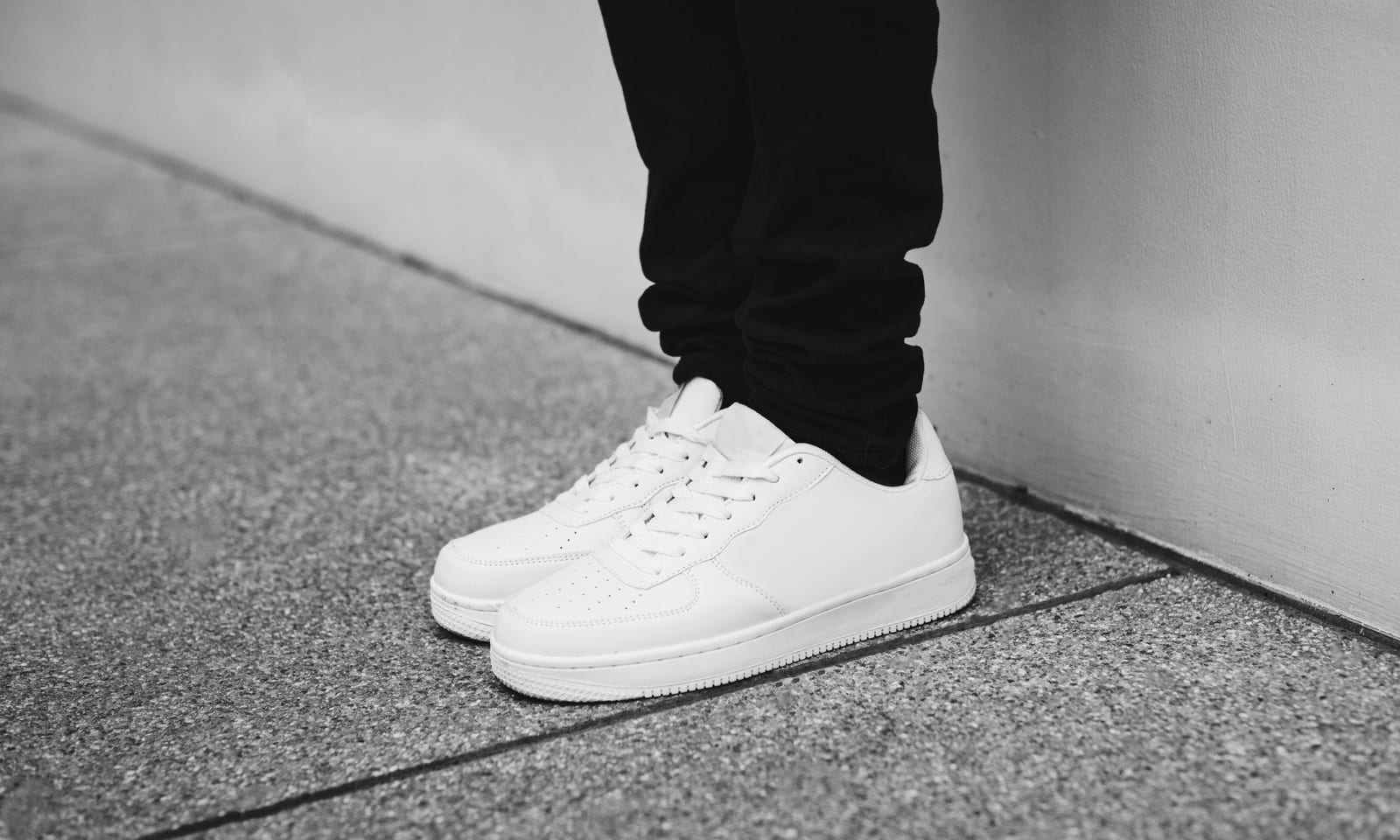 The best part about this method is that it can be used on almost any material. There’s no special chemicals or techniques involved, and all you really need is some water, so you can simply get your shoes slightly wet and rub off any stuck dirt. You also won’t need to necessarily take them off, and the inside will only get soggy if you deliberately put your cloth inside your shoes, meaning that the drying process is much less of an issue when you need to clean them on the go.

It’s also possible to scrub off dirt with soap, which can be faster than just doing it with water and a cloth. A good brush will pull off a large amount of dirt in a very short amount of time, and using soap to create a sudsy coating will help break down the bonds between the dirt to make it easier to push off. It doesn’t take much physical force and won’t leave behind any traces of harmful or skin-damaging chemicals (as long as you wipe the excess soap away, at least), so it can be an excellent option for situations where you need to have your white shoes ready as soon as possible.

As an added bonus, most soaps leave behind a nice smell that can mask any natural sweat on hot days, and lingering wetness on the outside of the shoe will keep your feet slightly colder. This is obviously a problem in cold days, but you can simply dry it off with a cloth or hair dryer to get them back to normal.

Keep in mind that soap isn’t always a good idea for certain materials, though. If you happen to have shoes with any wool, fur, or soft fabric, you might end up making them soggy for a while. This can make them feel heavier and might irritate bare skin, so be sure to dry them out properly if you’re dead-set on wearing them.

Some people also suggest following this up by putting them in a washing machine or dryer, although this really depends on what the shoe is made from and how valuable they are. It can sometimes be risky to wash a hard-surfaced shoe in a machine that’s meant for soft-surfaced clothes, but not always.

Polish isn’t really a conventional solution for getting rid of dirt on short notice, but it can help old and slightly-worn-out shoes look brand new while also letting you scrub away light stains. Always make sure that you’re using the right color since almost all shoe polish brands use a solid-color compound rather than a transparent or translucent one.

To apply the polish, simply stuff your shoe with something (many people place it on their hand for better stability) and brush off any obvious dirt, then apply the polish in small dabs with a cloth. Once it’s in place, rub or brush the polish into the shoe’s material – you should see it looking slightly shinier and more vibrant. If possible, you should try to buff it with a separate brush, just to ensure that it gets equal coverage on all surfaces. 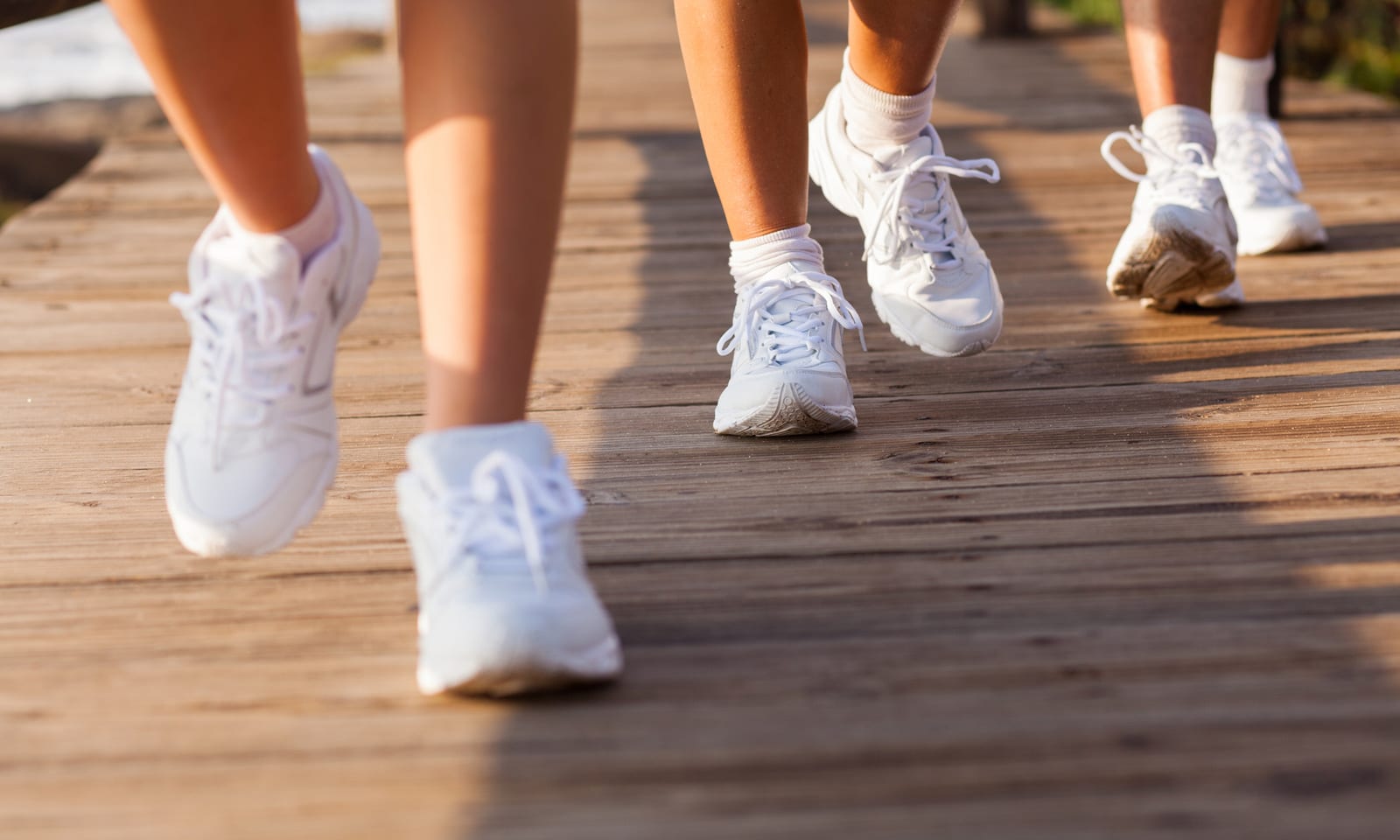 Then, simply wipe off any excess polish and rub a little bit of water into any polished areas for some extra spit-shine-style reflectiveness, then leave it to dry for about twenty minutes. While this can take some time to do properly, your shoes will look much shinier and wear-free, and might even become slightly resistant to certain types of dirt since the polish can act as a protective layer.

Bleach can be dangerous, so make sure you’re careful with how you’re using it if you decide to try this method. It’s actually quite simple, but you’ll need to leave it for a while, so keep children and pets away from it during the soaking process. Remember that bleach is hard to get out of certain materials – you should wear old or already-stained clothing to make sure that it doesn’t stain any new or expensive outfits.

To bleach your shoes, remove the laces and create a mixture of bleach and water in roughly a 1:5 ratio (1 parts bleach for every five parts of water). This doesn’t have to be a huge amount, and a small bowl or cup can be enough. Simply dip a brush into the mixture and start scrubbing the stain – this will brush it off while adding bleach to the surface of the shoe itself, covering up any worn or stained parts that can’t be brushed off normally.

Unlike polish, bleach is almost always semi-permanent, so it’ll act more like a dye than an extra layer of material, This means that you can salvage a shoe that’s had the white materials worn out, yellowed and stained to the point where it no longer looks properly white, but it also means that you’ll need to be careful around shoes that use other colors as well, since you could end up turning them white in the process.

Toothpaste is a surprisingly useful tool for cleaning shoes and leaves a nice smell behind that’s much more reliable than smells created by soap. If you mix it with water to create a hazy, colored mixture, you can apply it to the surface of your shoe and let it remove any stains that have built up. It won’t leave any stains or colors of its own, and you can simply wipe it off after about ten minutes, leaving you with clean and nice-smelling shoes that don’t look discolored afterward.

If you’re the kind of person who prefers certain smells to others, you can even pick a particular type of toothpaste with a smell that you prefer. While it can seem a bit odd, it’s also useful for masking odors and making sweat less of a problem if you use those shoes for jogging, running or other exercises. 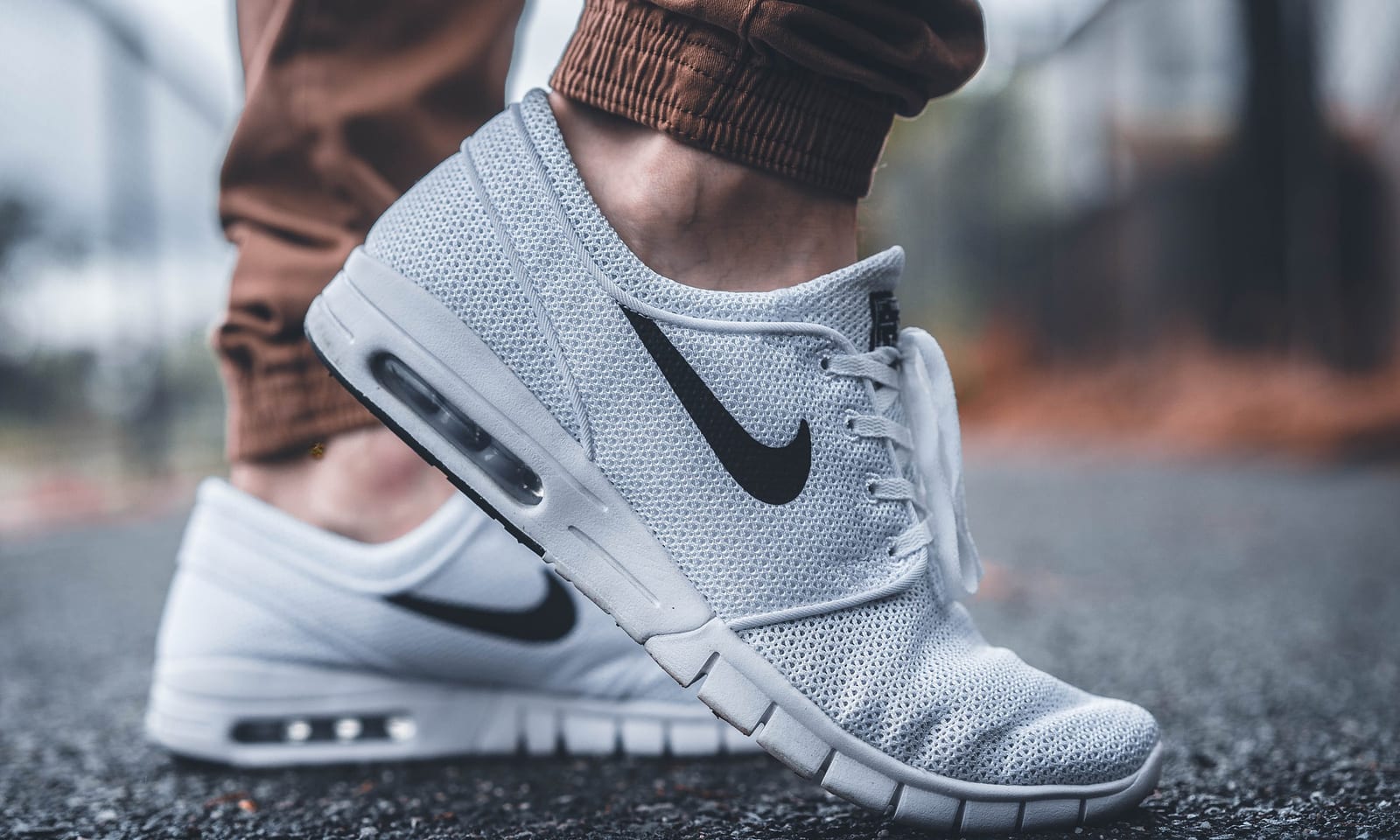 Sometimes the simplest option is the most effective. Dried dirt can easily be pushed off your shoes by simply clapping the soles together, which can usually be enough to make it flake off or break down purely due to the impact force. Even if this doesn’t get rid of all the dirt, it can be enough to clear out enough to make the rest of the process much easier – if you bang your shoes together and half of the dirt flakes off, you only have half as much to clean with a brush or cup of bleach.

Combine this with a quick soak in some warm water, and you can often get rid of surface-level dirt really quickly, regardless of which type of shoe you’re trying to clean. This also helps get rid of things that aren’t actually dirt, such as grass, small stones, or leaves – anything that can get stuck to the bottom of your shoe without actually being considered dirt.

They’ll often fall off straight away, which makes it much easier to tell where the actual dirt is, as opposed to the debris that’s only stuck there because you stood on it.

Anyone of these cleaning methods can work, but none of them are necessarily better than others. Some will be faster than others while sacrificing cleaning power or precision, and others only really work on specific materials or types of shoe. There’s no reason why you should stick to just one, though – if dirt doesn’t seem to be coming off, you can try using a different cleaning method to see if that works instead.

Stains, dirt, and debris can come in all shapes and sizes, so there won’t be a single “best” way to remove them from your shoes in every situation. Remember that different types of dirt might also take various measures to properly remove. Mud will react differently if it’s wet compared to when it’s dry, and certain stains might take longer to remove depending on what they actually are.

There are also dozens of less common ways to clean shoes that aren’t listed here, most of which are variations on standard cleaning techniques that use specific products or chemicals. If you’ve got an old pair of white shoes that aren’t really fit to use anymore, consider practicing on them to find out which method works best for you.