If you’ve ever lived in a suburban area with exposed power lines or telephone poles, you’ll probably have seen the aftermath of somebody’s shoe tossing – usually, it’ll be a pair of trainers or exercise shoes hanging from a raised position where they’re extremely hard to reach. The thing is, there is a range of different reasons why people do this, and it is not always just an attempt at vandalism or leaving a mark on an area: sometimes it’s for sport.

What is Shoe Tossing?

In general shoe tossing’s known under a range of different names, with the other most common one being ‘boot throwing.’ The idea is more or less exactly what the name implies – it involves throwing boots, shoes, or other footwear in specific ways. The rules are generally based on height, with the participants throwing the shoes directly upwards to see how high they can get their shoes, but certain versions of the sport exist where the players need to get their shoes onto a specific spot or within a certain distance from themselves.

Since it’s not a very widespread sport, there’s no global ruleset, so different groups, and countries will have their own personal twists or tweaks on the basic idea: this can include things like restricting the type of footwear you’re able to use, or even forcing you to use some pre-selected shoes so that everybody is throwing an equally-sized object.

Where and How Is It Played?

As an actual sport, shoe tossing turns up in many different forms across a variety of countries, all of which have slightly different takes on how it is supposed to work. These include:

The regular version of boot throwing is played all over the world, with teams from all kinds of different countries being involved in trying to beat one another, as well as attempting to break the existing records for the longest boot throws under different conditions. There’s a set list of international rules that detail everything from the size and shape of the boot to the design of the ‘throwing sector’ that helps track scored points and distances, which needs to use very specific measurements to be considered valid.

There are also rules to help distinguish ‘acceptable’ and ‘unacceptable’ throws, as well as for disqualifying cheaters and re-doing throws that are accidentally hampered by bad weather or other distractions.

Wellie Wanging is an English sport that’s played in Britain, New Zealand and certain countries across Europe, and is based around throwing wellington boots as far as possible across a field or open space. The idea is to measure the nearest point of the wellington from where you were standing, with the winner being whoever had the most distance once all of the throws are measured. Some of these competitions have specific rules on what size of boot you can use, and a select few even specify a manufacturer to ensure that everybody starts on equal ground. 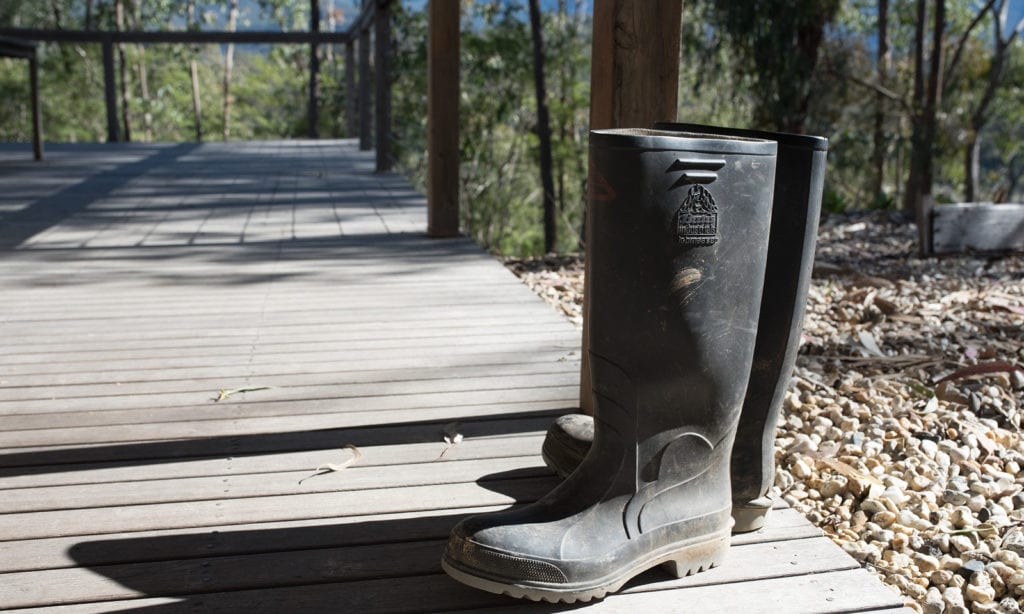 There are also some more gameplay-changing rules, such as the boots being full of water or weighed down with something to slow down the thrower. In others, you might be forced to stand upright or have to throw from a certain angle (such as from between the legs or backward), or even be given a set distance for a run-up to make the throw go further.

In general, Wellie Wanging is most often done as part of fundraising events or other local celebrations, although certain places do have semi-regular games and consistent clubs to keep competitions going.

Another sport in New Zealand, Gumboot day is a festival centered entirely on the Gumboot Throwing Contest, as well as more minor events relating to that particular type of boot. It only takes place in Taihape, where boot throwing even has its own official lane to allow participants to practice all year round.

This competition is a famous pastime of the village of Tilba in New South Wales, and is based on throwing a boot as high and as far as possible. Throws have to be two-handed and have to be thrown backward through your legs, with the intention being that the boot will fly back over you and land somewhere in front of you.

What’s The Point of Shoe Tossing?

Shoe tossing is more of a recreational sport than a professional one since the entire concept as a whole is focused on having fun and taking part in a friendly, risk-free sport that doesn’t result in physical contact or harm to any of the participants. It is much safer than things like ax-throwing and more accessible than other region-specific sports like the caber toss – not only that, but shoes and boots are available almost anywhere, so it takes very little work to set up a contest.

Not only that, but the entire contest is based on measurements rather than a set goal location (as in soccer) or a long course (as in golf), meaning that it can take place in any area with enough open space. If it’s done for completely recreational purposes, you don’t even have to mark out a set area with chalk or cones, so a large garden or part of an open field will be enough to work perfectly as your throwing grounds.

It’s also quite a good way to exercise since throwing isn’t something that many people do on a regular basis unless they’re involved in proper sports. Shoe tossing helps build certain muscles that many people never get around to using much and can serve as a great alternative to weights-based exercise while also getting you outside and into the fresh air. Depending on how you throw the shoe, you can strengthen specific muscles more than others so that it can become an entire workout all on its own.

Is All Shoe Tossing for Sport?

Shoe tossing has a lot of different connotations, so it’s not always part of somebody’s local sport or celebration. Usually, you’ll see shoes hanging from hard-to-reach places, which are often left there either as bragging rights, the aftermath of bullying or simply because young teenagers are bored and want to leave something up there. It might even simply be just because somebody’s shoes have worn out and they want to leave them somewhere meaningful rather than just throwing them away altogether.

Even in terms of competitions, not all of them are meant to be for sport-related purposes: a lot of areas, especially in the UK, have strange local games as part of fundraising and charity events, since they’re much more accessible and easy-to-arrange than full sports and can provide a fun time for a range of different people, even younger teens and children who might not be able to take part in more “serious” activities. In these cases, while prizes are given out for people who win, they’re often less competitive and more focused on the individual players hitting a specific goal or getting their shoe within a particular area.

How Can I Play Shoe Tossing?

If you’re interested in taking part in a proper shoe tossing competition for yourself, there’s a variety of international groups that help people arrange events and gather competitors. There are also groups like the Bootthrower’s House Throwers’ Club, who put together timetables and schedules of all significant events that they’ve been informed about. 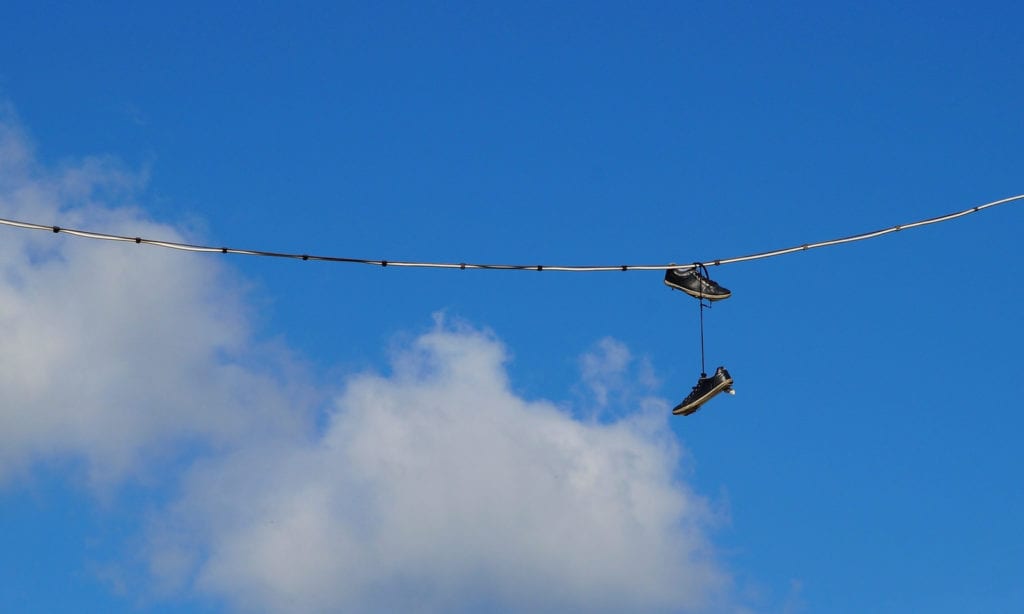 However, if you just want to try shoe tossing for yourself in a casual setting, it’s not hard to do – as long as you can find a wide-open space that you can use (including your own garden or yard, potentially), you can invite a few friends or family members over and host your own informal contest, or even just take part in it yourself to get some extra exercise.

You don’t need very much to set it up, either – a few spare boots and a measuring tape is all you need for a relaxed game of shoe-throwing, and even the most well-structured events generally only need some cones and/or chalk to mark out specific zones, so it takes very little time to gather up all the gear you need.

Is There Anything I Should Be Careful About?

While it is obviously not as dangerous as throwing things like axes, javelins and other heavy or sharp objects, you’re still throwing a shoe or boot down a field, sometimes when it’s full of water or when you’re looking in a different direction. It’s possible to accidentally hit somebody if you’re not careful, and you can also end up damaging or breaking objects, windows and people’s possessions if they’re nearby and you’re not aiming in the right direction.

Keep in mind that some cultures see throwing shoes as an insult, although it generally won’t be seen that way if it’s done in a sporting context. It’s just common sense to avoid throwing shoes around in places where it might not be appropriate, especially public spaces such as beaches or parks where people might not understand what you’re doing or could get in your way.

Remember to adhere to the rules if you’re taking part in a proper contest since it’s taken just as seriously as any other folk sport or pastime. Cheating is still against the rules and isn’t a socially acceptable thing to do, and even doing it in a joking manner can paint you in a bad light, especially if it ruins the game for other people. If you just want to do it as a joke or as a casual activity, don’t sign up for anything that’s treated as a serious tournament unless you’re able to respect the rules since it’s strange premise doesn’t make it any less of a valid sport.