You may think that shoes are a reasonably modern convenience, but actually, there are 40,000 years of history behind the clever tools used to cover and protect your feet from dirt, sharp objects, and friction. The journey for shoes has been an interesting one over the centuries with functionality and fashion competing for a place within our wardrobes. With more choices, styles, and designers for us to choose from than ever before, the footwear industry is bigger than ever. But perhaps looking back at the fascinating and varied history of the shoe, here at ShoeAdviser, will enable us to figure out why as a nation, we have such a keen interest in footwear.

The original evidence of footwear was found on archaeological digs where remains from an estimated 40,000 years ago were unearthed by experts and examined carefully. It was during this time that it was determined that shoes were not something worn by all of the population, they were only worn by a select few. These were most likely to have been the wealthiest of the population who could afford to have their shoes made, as the creation of the sandal like shoes would have been a timely process requiring very specific expertise.

The footwear dug up by the archaeologists was found to have been one of two varieties, a sandal or moccasin style, and they were always made of leather. With no divide whatsoever between the sole and the shoe itself, they appear to look more like leather foot bags, than our modern-day shoes but being made from leather they were strong, durable and waterproof to a certain degree. This made leather the ideal material for creating the earliest recorded footwear styles currently known.

Evidence of the early footwear types found by archaeologists were not found to have been used in Europe until a good time later. To be more precise, the early Baroque period, which started a couple of thousand years after the Middle Paleolithic period, in which the above shoes were found. Despite there being thousands of year’s difference in the time frame, the ways in which these two types of footwear were created were not dissimilar at all. The big difference was that shoes were more commonly worn by all the population, and unless you were severely poor or destitute, you would have worn some form of shoe.

They were not limited to the wealthiest of society only. Your social status did determine your footwear style, though, and the material of your shoe. For example, if you were an aristocrat, your shoes would have been created from wood, whereas common folk wore heavy leather heels which were usually black in color. Male and female shoes did not differ much, with men also wearing heeled footwear.

Men and women both wore heeled footwear for a long period of footwear’s history, not for the aesthetics but for the function. Think back to a time when sewers were not covered pipes under the streets, hidden from sight. Where do you think all of the waste from the household and the toilets went? That’s right! It was all simply thrown out into the street and where a river of waste of every variety flowed through the street as you walked.

This meant that for both genders, heeled shoes were essential, as the platformed shoes enabled you to keep your feet out of the sewage and the foot and the material shielding the foot to be protected. Yes, it is pretty disgusting, but actually, before shoes were used to complete an outfit, to increase the beauty, to define the curve of the leg or ankle, they were incredibly functional.

Interestingly, butchers continued to wear heeled shoes well into the following centuries, to raise them out of all of the body parts, offcuts, and offal, which was discarded as they worked, especially in establishments where speed was of the essence. Bet you never thought of your local butcher wearing a pair of heels!

It wasn’t until a fairly recent time in history that the male and female shoe began to take on their separate shape which we would be able to recognize from the shoe shapes we know today. The 19th century saw the first changes towards gender-specific footwear along with other changes to the aesthetics of the shoe types, including the colors, styles, and shapes. It wasn’t until this era that the sole and the top of the shoe began to be made separately or created out of different materials, so it appears that the look of the footwear became a lot more important at this time, and was not purely a functional addition to the clothing.

Often the heels and soles of shoes were created from wood so that the shoes were durable, but the top of the shoes was made out of cloth. The cloth type depended on the occasion the footwear was specifically required for as well as the budget and social standing of the wearer. This was the first time in the history of footwear that boots became popular, where the enclosed leather or material shoe gave increased protection to the foot and ankle, ideal for short walks, traveling and wet weather.

Another interesting fact for you is that the 19th century was the time in which the heel of a man’s shoe was standardized. This height was set at one inch so that the length of a man’s trouser did not differ between which shoes he wore with them.

Shoes have not always been comfortable. You have probably worked this out from the fact that they began with no specific sole to cushion the foot or the fact that they were often made out of wood. We would certainly complain now if we were having to walk a great distance in wooden shoes. But comfort wasn’t taken into consideration by the wearer or the maker until the 20th century was in sight.

It was at this time that shoemakers decided that comfort was actually an important factor in a pair of shoes, so not only did they start to think more about what they made their shoes out of so that the comfort was increased, but they also started making different left and right-footed shoes.

Until this point in footwear history, all footwear had been made completely straight so no matter what shape your foot was or how expensive and well-made your shoes were, they would always be uncomfortable as they did not curve to your foot. The late 19th century saw the birth of left and right curved shoes, which also increased the comfort of the wearer, and this was improved and streamlined continuously over the centuries to come.

Footwear was created through the laborious art of hand sewing for many centuries, but as technology impacted everyday life in a bigger way, the advancement of technology brought along factories and machinery which could do this job more accurately, effectively and faster. This meant that shoes could be made much more economically, and many different types of shoes could be made for all occasions and budgets.

World War II was one of the most significant turning points in the history of female footwear, though male shoes changed little. It was at this time that women’s shoes became arched for greater support, more aesthetically pleasing, and were designed to draw attention to the foot, ankle, and shape of the calf, with the heels of the shoes getting narrower.

With equality and women entering the workplace more commonly, shoes needed to change again, and this time it was because they needed to be functional but smart in their appearance. The most popular worn footwear for women in offices quickly became the platform and the wedge, which both remained popular until the mid-80s.

With men turning to the Oxford shoe during the time of the Great Depression, little changed for them during and after WWII. Loafers were also a shoe of choice for the gents, and Doc Martins also became increasingly popular as they increased in their social acceptance.

The 21st Century Shoe and You

Today, we have an incredible range of shoes available to us. There is quite literally a style of footwear for every occasion, in every color, size, and guise. Comfort is sometimes compromised, but that is more of a personal preference to increase the aesthetic than a problem related to all shoes.

However, as a nation, we do not think first and foremost about comfort or the function of our footwear anymore. We are generally much more interested in whether our footwear looks good and goes well with our outfit. Celebrities have increased our love for more “out there” fashion footwear along with popular designers. Shoes are now required to make a statement and to be very much a central part of an outfit, not just the final part to complete it.

They are wanted to stand out, to be out of the ordinary, to be more than pretty but to be almost pieces of art in their own right. Girls aren’t on their own in this respect either! With male grooming at an all-time high and is now more important than ever for men to look good, the boys are just as fixated on footwear as the girls are! For some, perhaps more so!

As comfort and practicality are decreasing, it looks like we are moving towards a new footwear era of it being more important that shoes look good and make a statement.  Though perhaps as we all own so many different pairs of shoes for all different occasions, we just have so many more options than when shoes were first worn, that this isn’t a problem, and we just need to match the footwear to the scenario for the best outcome. No one wants to be mountain climbing in a pair of 6-inch stilettos, no matter how beautiful they look! 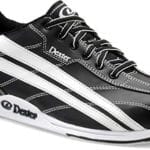