A tennis shoe is essentially designed to give the player the best grip or traction, support and comfort when taking to the courts. There are a number of different tennis shoes on the market, some are designed to be used on hard courts, other for clay or grass courts.

Why is it Called a Tennis Shoe?

The original rubber soled canvas shoes were called plimsolls, however they had a number of different names such as sneakers or even felony shoes. The reason for the name was that the main, popular sport of the day when they were invented was tennis. The reason for the name sneakers or felony shoes was that, unlike the normal shoes that were made with hard soles, you could walk quietly with the rubber soles and “sneak” around and let criminals get away without a sound.

The reason that these first athletic shoes were named tennis shoes, is because the aristocrats of the time used them to play the game of tennis which was growing in popularity in the late 1800’s and 1900’s. From this time tennis shoes developed breaking away from the standard sneaker or athletic shoe and took on new construction and characteristics that allowed the tennis player to get the most support, stability and comfort that modern tennis player’s need on the court.

What is Considered a Tennis Shoe? 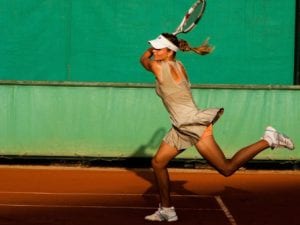 The term tennis shoe will describe any athletic footwear that has a rubber sole that is flexible and an upper that is lightweight and made of canvas or leather. The tennis shoes of today can be attributed to Etonic, who came out with the all-white low-top rubber soled version that became popular with the professional tennis players of the time. Every sneaker, athletic shoe and other rubber soled shoe developed from the original sneaker or tennis shoe.

Today, tennis shoes are designed specifically for the sport with the support and stability needed in the right areas, as well as the correct traction. So in the modern term, tennis shoes are very different from your sneakers, running shoes, walking shoes or hiking shoes.

Since the 1960’s tennis shoes have been evolving, developing in different ways to give the tennis player more than your average shoes. Some of the most prominent tennis players in the day like McEnroe, Laver and Smith all contributed to the development of the modern tennis shoe.

The difference between modern tennis shoes and running shoes is their weight and overall design. Running shoes are designed to allow people to run. They have padding to protect the feet when moving forward, and do not have the flexibility that the tennis shoe is designed for. The best tennis shoes allow the player to be able to move quickly from side to side, back and forward and have quick and efficient push offs and more.

They are a lot more agile and flexible than the running shoe. Tennis shoes are also slightly heavier than your average running shoes which are designed to be as lightweight as possible to not create any drag on the runner’s feet. The amount of padding and support offered by tennis shoes is what adds to the weight of the shoe, which is needed when playing on court.

Tennis shoes also have a slightly higher heel than your running shoes, this is for the stability on the court as tennis players play on their heels and their forefeet unlike runners who mainly have their support and cushioning on their forefeet. Both are however made with flexible rubber soles and lightweight uppers, so there is a certain amount of similarity around the two shoes.

Is there a Difference Between Tennis Shoes and Sneakers? 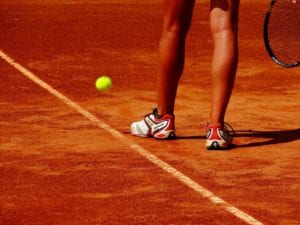 There is a whole host of differences between a tennis shoe and a sneaker. Although they both come from the original design the difference are now immense. Tennis shoes are designed to be used when playing tennis. They have specific technical specifications in their weight, type of support offered, the flexibility of their soles, breathability and a whole lot more.

They have been developed to enhance the player’s ability on the court, allowing them to move efficiently around, change direction quickly and more.  The soles of the shoes are also designed for the best traction on either hard, clay or grass courts. Sneakers on the other had are still the basic design with a canvas top and rubber sole.  They are not designed specifically for any sport, although they are a type of athletic shoe.

They do not feature the special features that tennis shoes, or other sporting sneakers do, such as basketball shoes. They are a casual wear shoe for the average person to wear with their jeans. Although sneakers were the original canvas and rubber shoes and were known as tennis shoes in the 1800’s, the modern tennis shoe is no longer even remotely related to the common sneaker.

Although all athletic shoes had their origin from the same place, they have developed over the years to be specifically and technically designed to suite the sport being played, such as tennis. You can use a sneaker to play tennis, however you are not going to get the traction, comfort or support that you need to play well on the courts.